A few words from the father of the bride 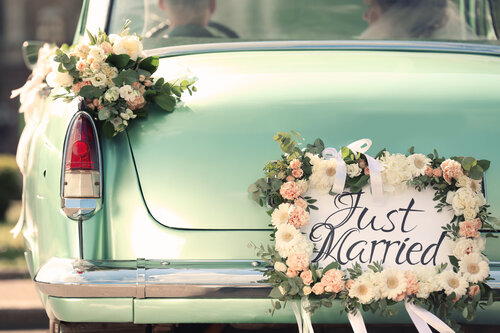 A bride’s father shared with us how he used Lovecast to make his daughter’s wedding celebrated by all the guests across the US.

While searching for a way to live stream our daughter's wedding due to the COVID-19, we came across Lovecast almost by accident.  An article that was sent to me had a different app to use, but after downloading and testing, it would cost a significant amount for each use, so that wasn't going to work.  Back at the app store, Lovecast was waiting for me.  It was exactly what we were looking for.  We did a few trials runs at home to see how it worked.

After getting the okay from the to-be-married couple, we set up the schedule and then shared the link with them.  They then took the link and created a personal email to all their guests.  I would suggest sending it more than a day ahead of time, (but with over 85 guests online to view, I guess if people wanted to watch, they made the time!)

Talking with people from church who had been live-streaming services since the pandemic forced everyone into seclusion, they were going to let me borrow their tripod...hmm how was that going to work.  So to Amazon, I went and purchased a $15 adapter for my tripod that came with remote control (the remote did not work with video, but will work with still shots).  Thank you, Prime, as it arrived in time!

A few days before the wedding we met the priest at church to do a practice run.  I created a test invite and got my daughter on the phone so she could see what the live stream would look like and give feedback.  I was initially so disappointed as the live stream was very dark no matter what I did.  Eventually, I figured out it was because I was on a live phone call while trying to view the live stream.  After disconnecting the call, all was good!  We were able to determine the best place to have the tripod with the phone set up.  Having the bride view the results helped immensely.

On the day of the ceremony, we set up the phone and pressed start a few minutes before the ceremony actually began.  We continued to live stream after the conclusion of the ceremony as some of the bride's aunts had also sent emails to all the local folks inviting them to the parking lot for a drive-by parade to congratulate the newlyweds.  There were 50 cars decorated and filled with happy guests as the happy couple exited the church and the live stream allowed out-of-town guests to see the merriment!  After the last car went by, I did a rather fun thank you to all who were watching and then stopped the stream...

Later in the evening, we did an additional live stream of the cake cutting that was held at our home for the immediate family.  Those who had subscribed to be notified, got an email saying the live stream was starting and got to watch another part of the day.

I can't say enough about how awesome the app is.  And the support of the crew who created the app, well I've never had that before!  They answered questions immediately through the chat feature directly from the app store!  And the updates they've made since I downloaded it continue to improve the app itself.

Kudos to the happy couple who created Lovecast!!!  They've helped to make a wedding during the pandemic a little more special!!! 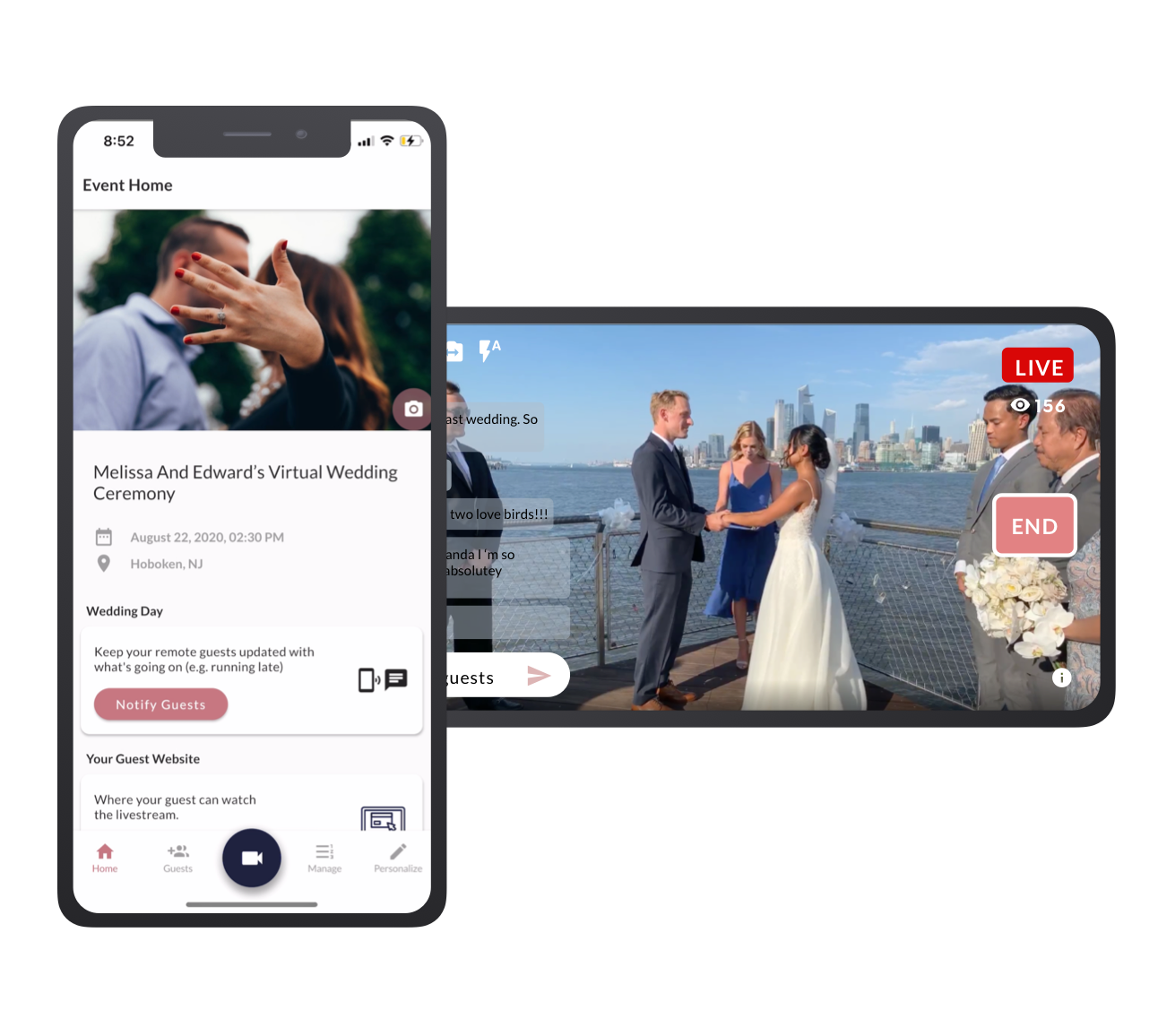 Lovecast - A simple app for livestreaming your wedding

Invite all your friends and family to witness your special day!

Get Lovecast
Livestream Your Wedding

Invite all your remote guests to witness your big day 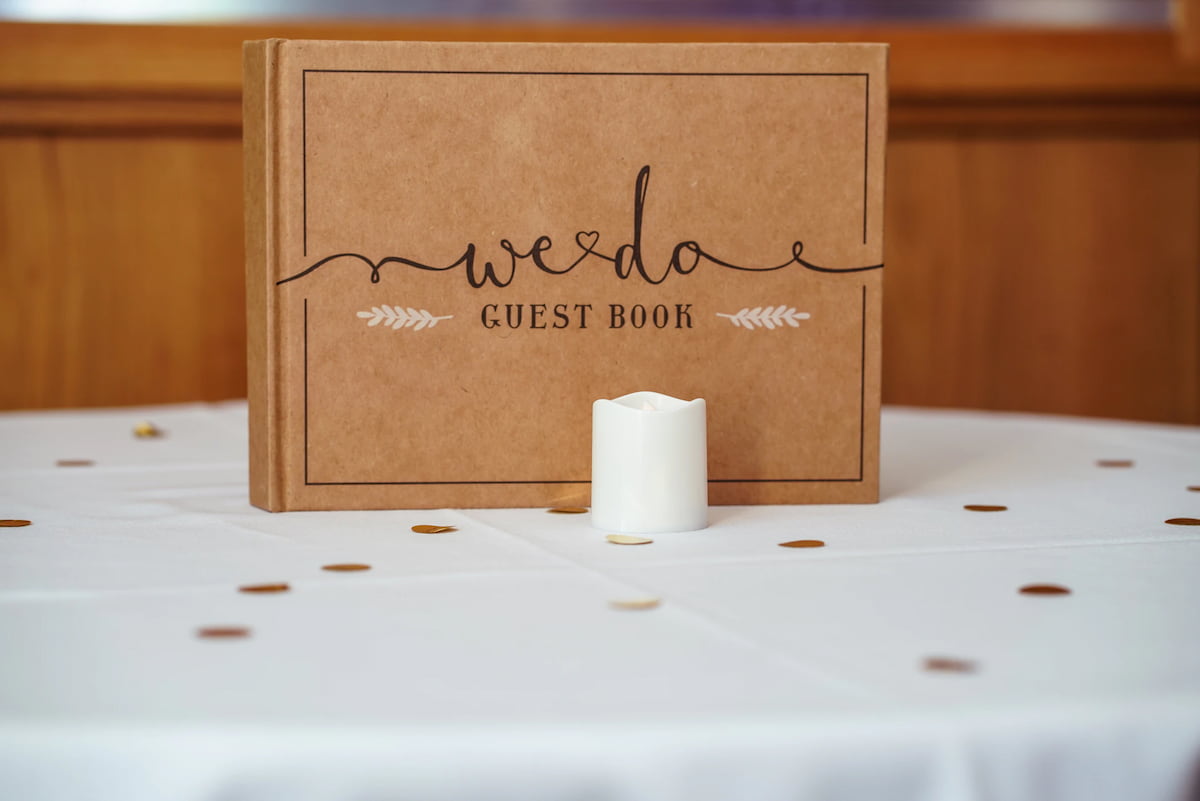 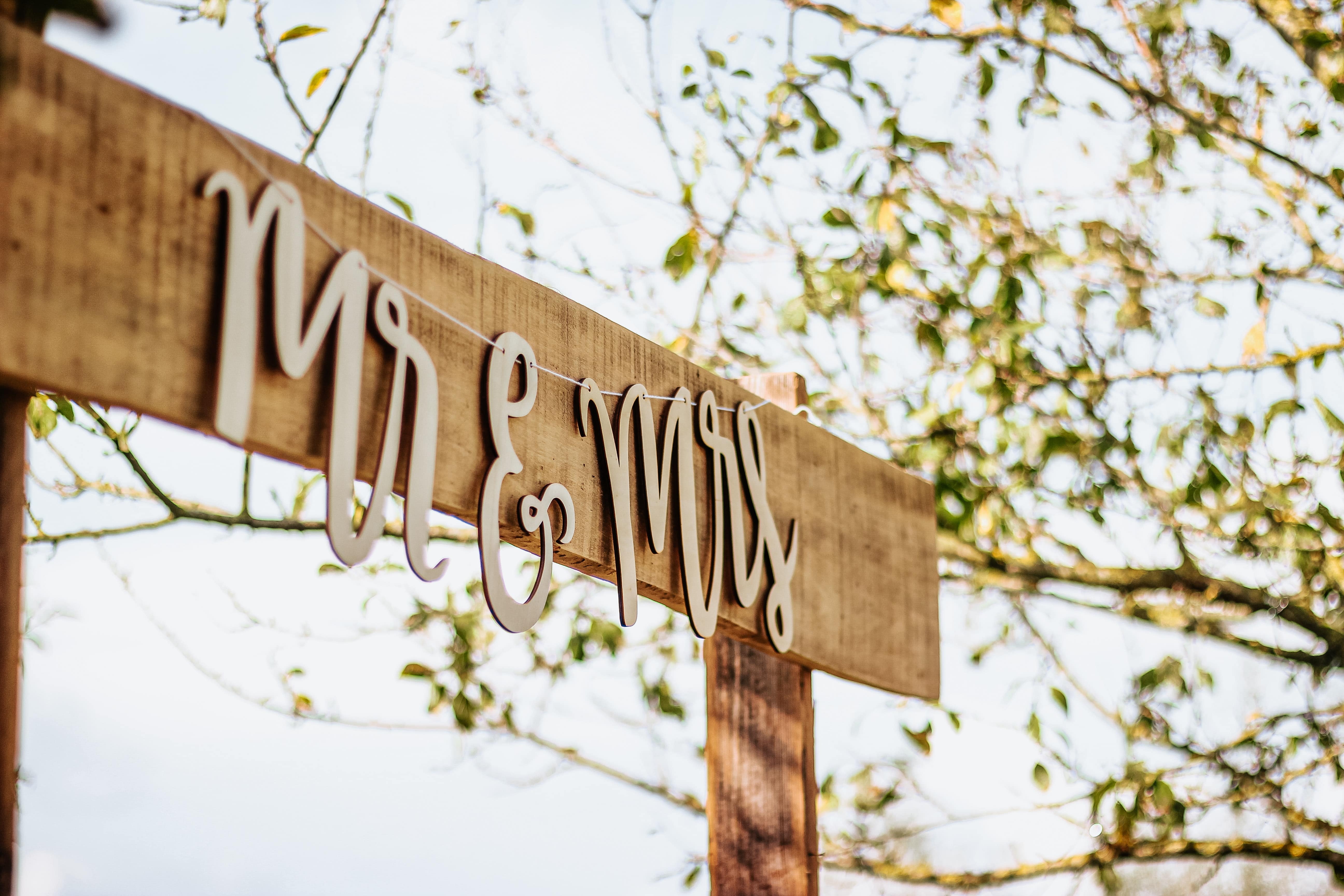 How to Ask for a Cash Wedding Registry 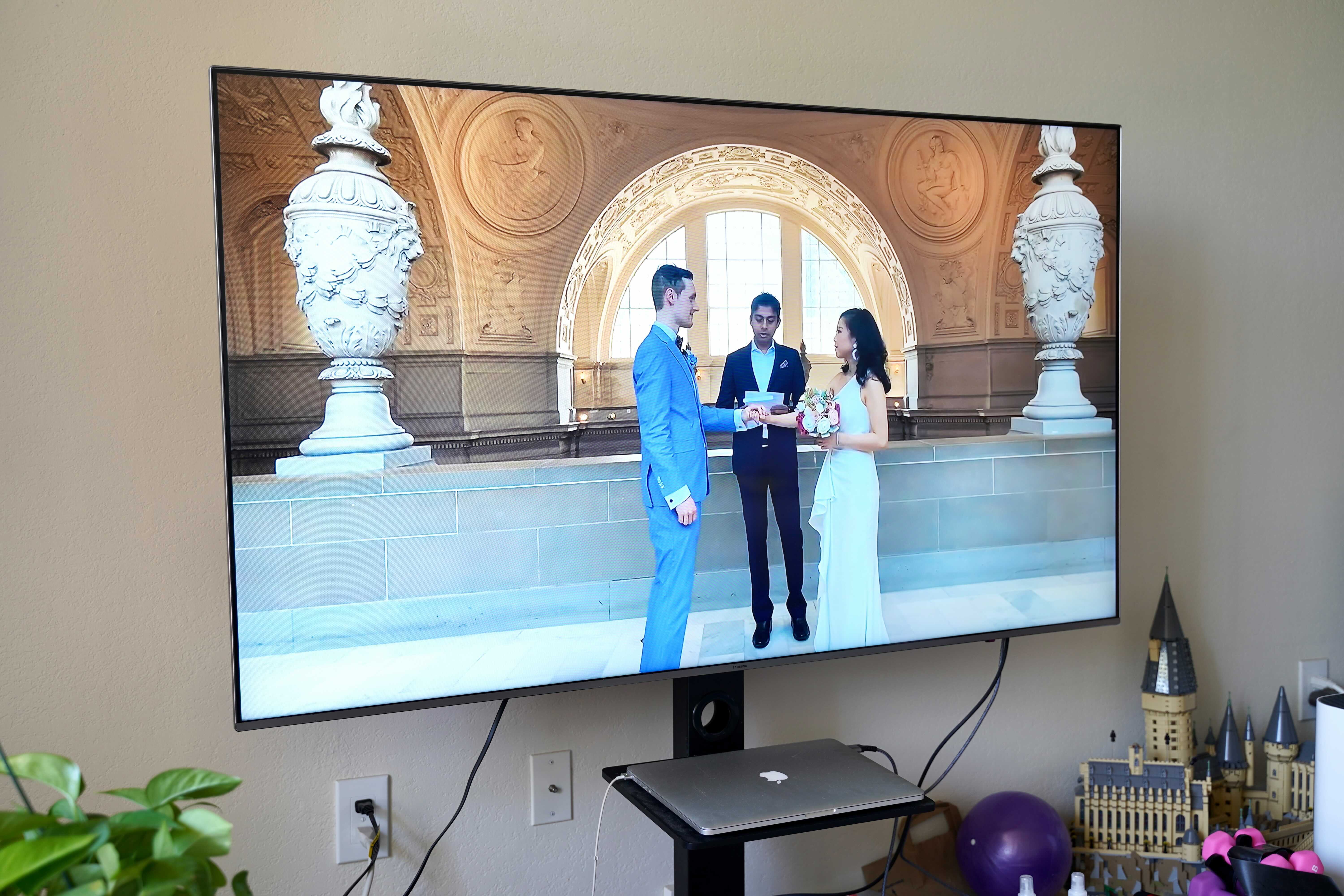 How to Watch A Wedding Livestream on TV 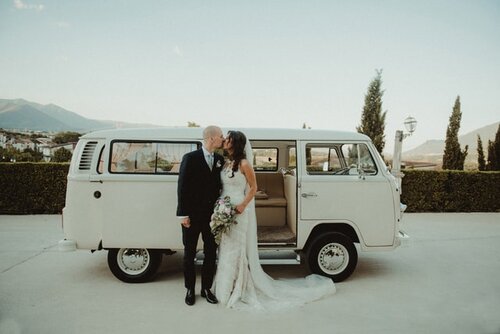 How To Add Your Virtual Wedding Link To The Knot, Zola, WeddingWire and Squarespace Website?

How To Watch A Wedding Livestream On TV?

Your Virtual Wedding Guide: What Guests Need To Know

Why I Choose To Livestream My Wedding With Lovecast

Micro Wedding vs. Elopement: Here's Which to Pick and Why

How To Send Your Virtual Wedding Invitation

Here's why GoPro weddings are the latest wedding day trend

How to politely ask for a cash wedding registry

Celebrate together no matter the distance.

Celebrate together no matter the distance.